Singsing in Honor of Peter Vayda 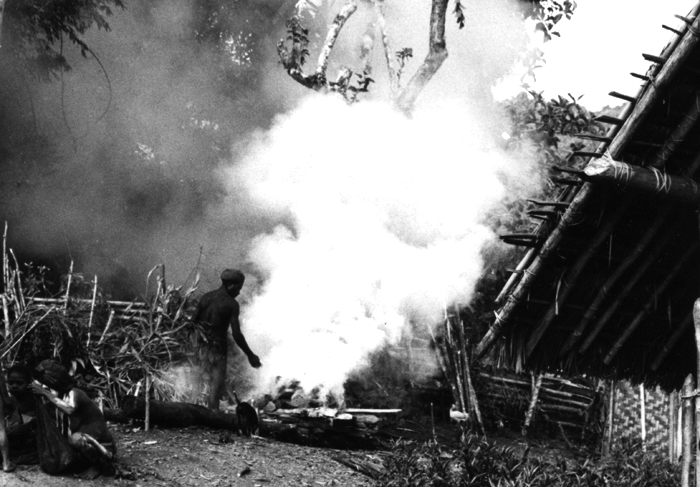 102-31: Gul minds the fire on which the stones have been placed that will later be placed in the earth oven. 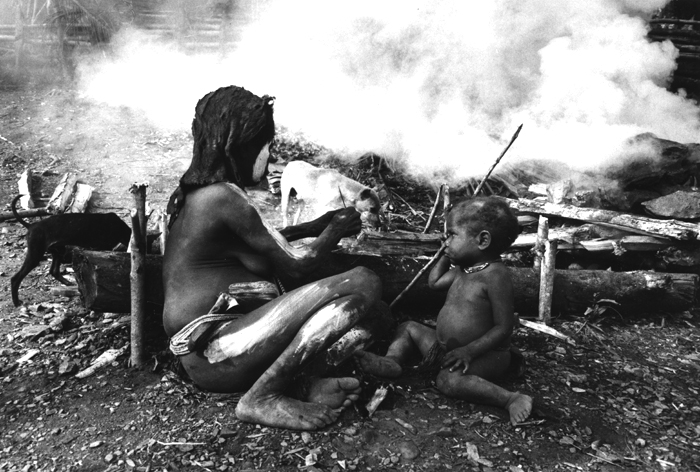 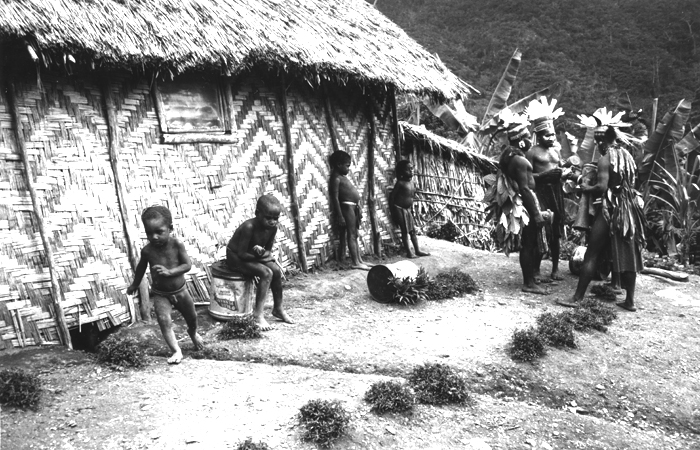 103-11: Para suddenly leaves the group of little boys who are watching the young men tuning up their drums. 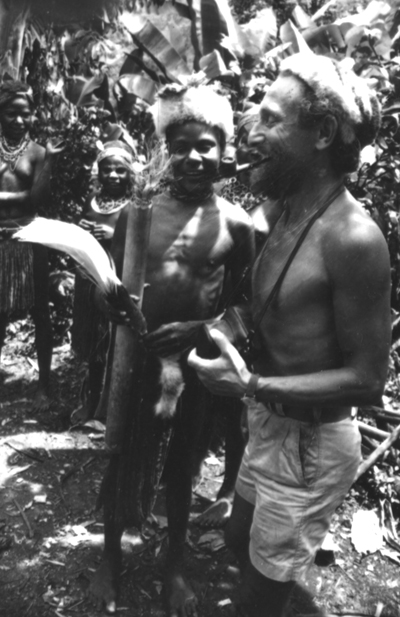 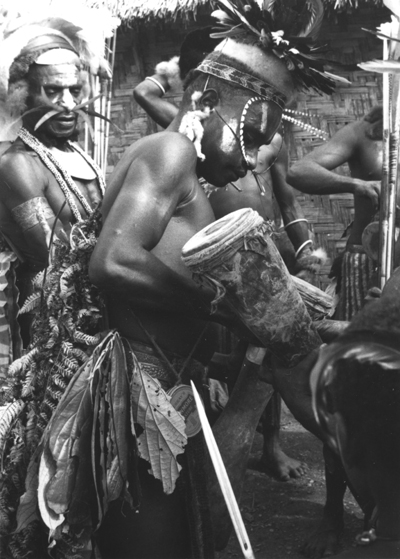 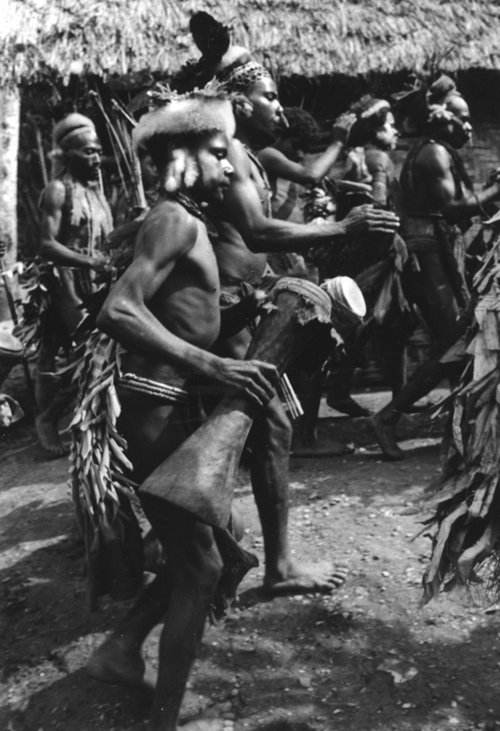 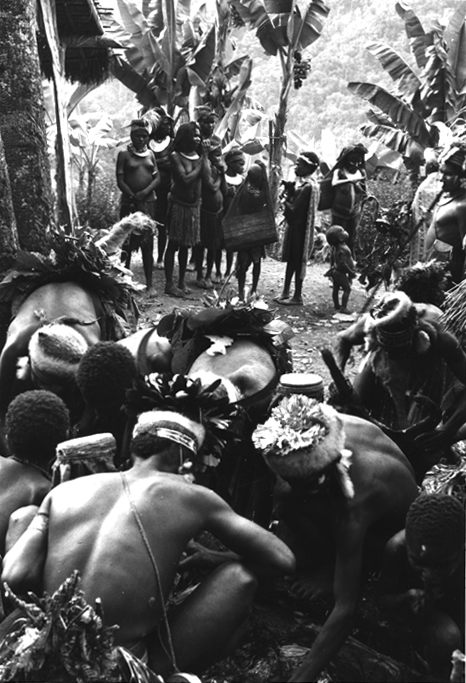 108-20: Men separated the meat from the ferns and greens
covering the hot rocks with which it had been steamed. 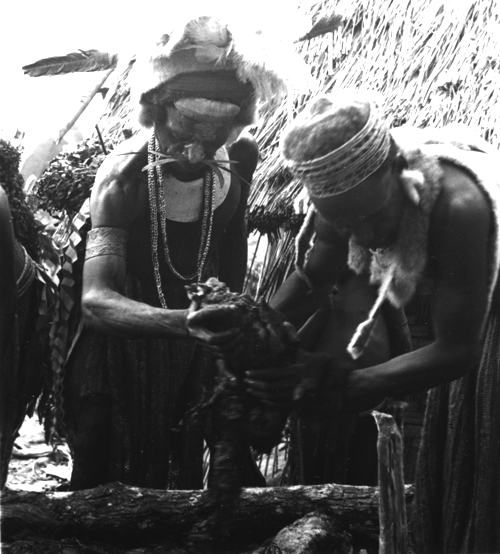 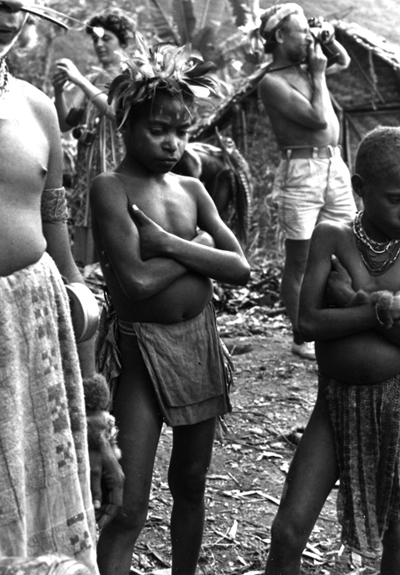 Then the dancing continued until darkness fell. 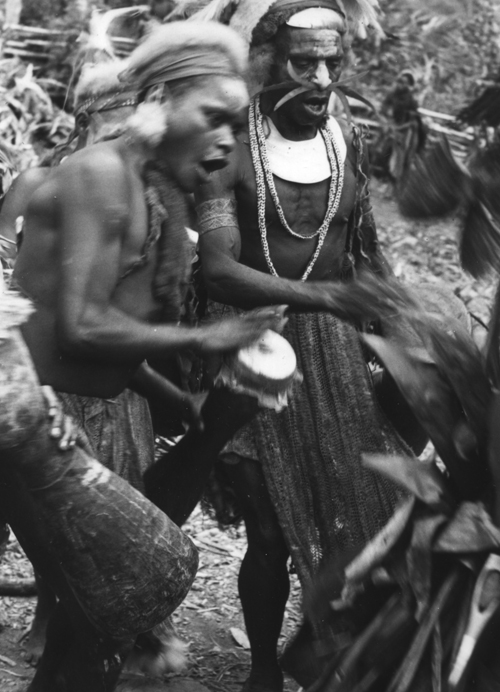 109-11: Konduwai and his father, Gul, drumming as they circle Gunts yard.